I don’t know if you were outside or near a window this evening, but the sun came out shortly before dark and gave us a magnificent rainbow. I wished I could have been better situated in a different spot, because this rainbow was clearly visible and formed a perfect half circle across the eastern sky.

As a matter of fact, after downloading the file there appears to be a faint sign of a second rainbow. Ironically I did not see this at the time I was taking the picture. After the rainbow faded, a brilliant sunset followed! 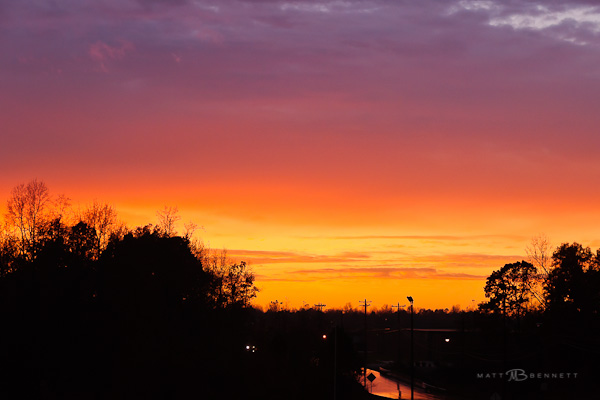 I’d given anything to have been in a better location with ample time to setup for these shots. However, I was finishing up a meeting at work and trying to get out the door. ~MB