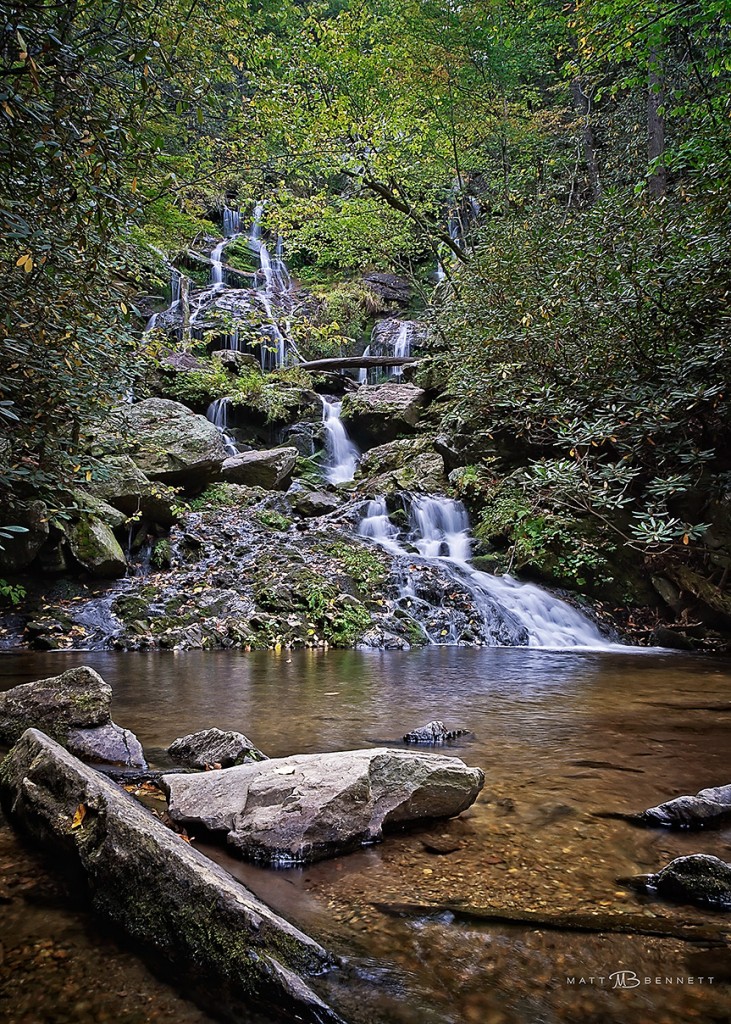 Just east of Asheville and on I-40 is a little town called Old Fort near Black Mountain. Therein lies a hidden gem that apparently had been off limits to the public for 25 years. Catawba Falls is now open to the public again, and on my way back from the mountains this past weekend I stopped to check it out. The conditions were not what I wanted for photographing the falls, but I threw caution to the wind and took a chance. Thankfully a little cloud cover and the falls being partly shaded by surrounding trees and mountains gave me a decent shutter speed to work with.

Access Granted
According to the sign at the trailhead, the waterfall had not been open to the public for many years because it was only accessible by private property. Thankfully the Foothills Conservancy purchased the land needed to access the falls, which are on the headwaters of the Catawba River. They later sold it to the Forest Service, who has now made the public access trail part of the Pisgah National Forest. 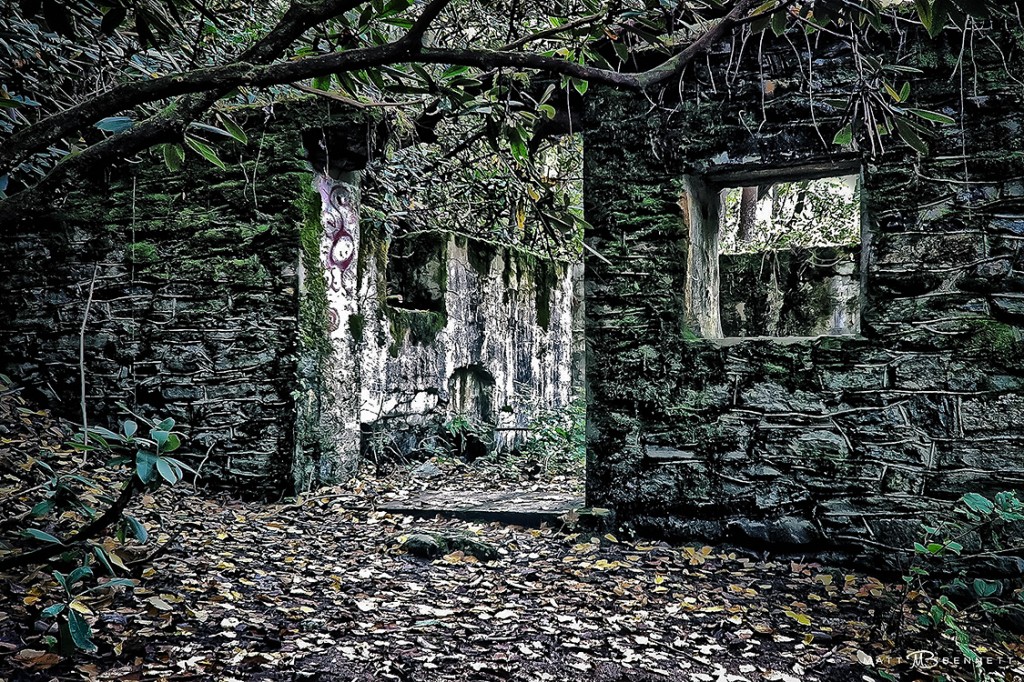 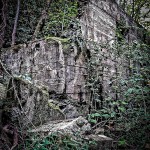 History Along the Way
A local man by the name of Colonel Daniel W. Adams purchased the property, and built two dams below the falls to generate electricity for Old Fort in the 1920’s. You can still see remnants of the old structures along the trail. I only saw one old dam, but there is a nice little waterfall there too! 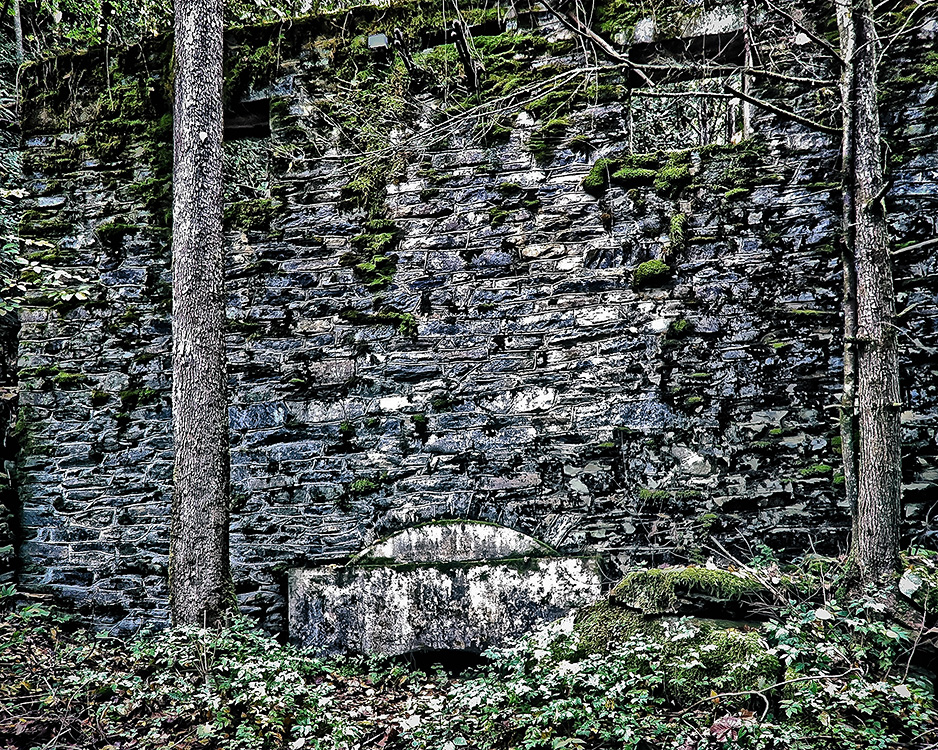 I found out that one of the buildings was actually an old boy scout camp. This cement block structure is on your right after you cross the foot bridge. 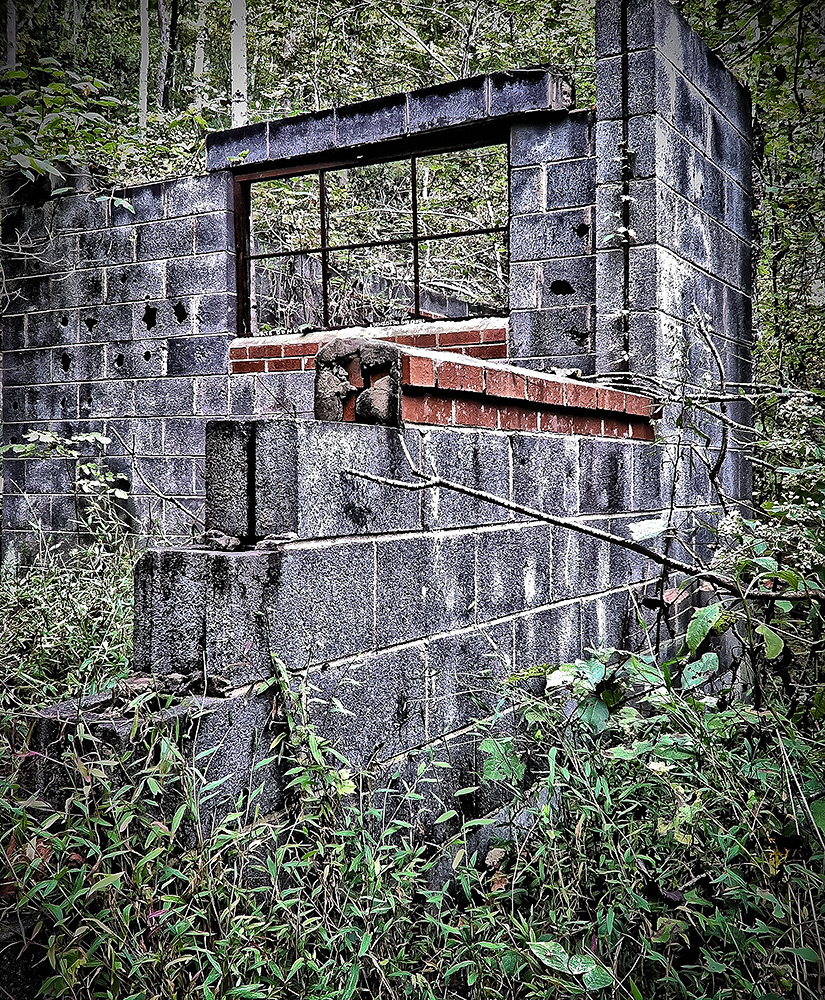 Accessing the Trailhead
The best way to get to the trailhead is simply to go to the Catawba Falls Campground website. I followed their directions, and it took me right to it. Once you reach the campground on the left, just keep following the road a little ways further to the dead end. You’ll cross a one lane bridge with a beautiful red barn on your right. The parking area is just around the bend.

The sign says the hike is 2 1/2 miles round trip, but for some reason it seemed a little further to me. Then again, I’m stopping every few minutes taking photos of something! :) There are a lot of subsequent smaller falls and cascades along the way. I think you should be able to reach the falls in no more than 30 minutes depending on how many times you stop.

I was actually surprised at how high the falls are. I couldn’t quite see the upper falls because the leaves obscured the view. I’m just guessing both the upper and lower falls combined are probably 100 or more feet tall. ~MB