One of my favorite places to visit in the NC mountains is Elk Knob State Park. Elk Knob itself is the second highest point in Watuaga County at 5,520 ft. 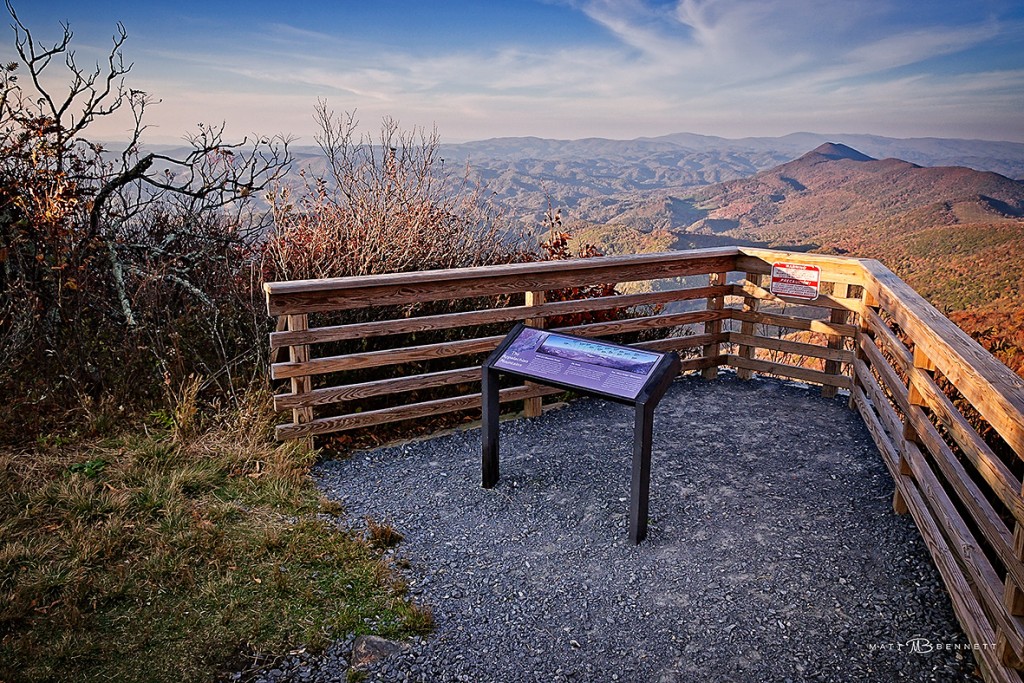 Then and Now
I was really hoping for some nice shots of the fall color from the summit this year, but was very disappointed. Maybe it was just bad timing on my part, but the color this year seemed to be lackluster. Sharp contrast to when I was up there in 2008 (photos below). The leaves that year were simply spectacular! But nonetheless, the view from the top is awesome! 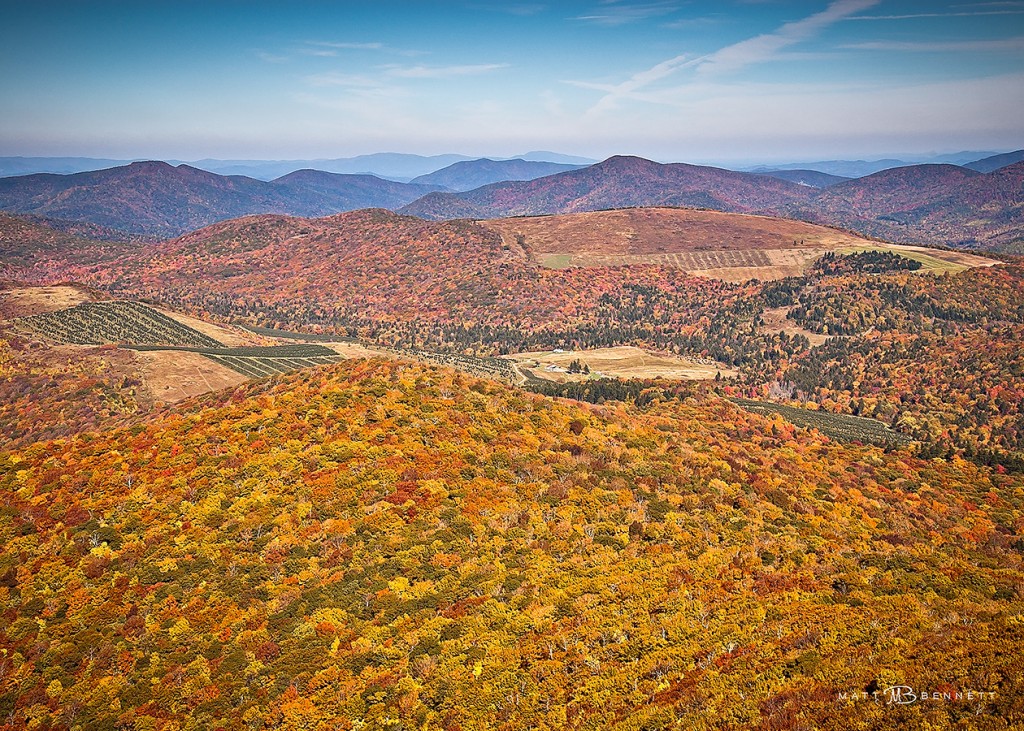 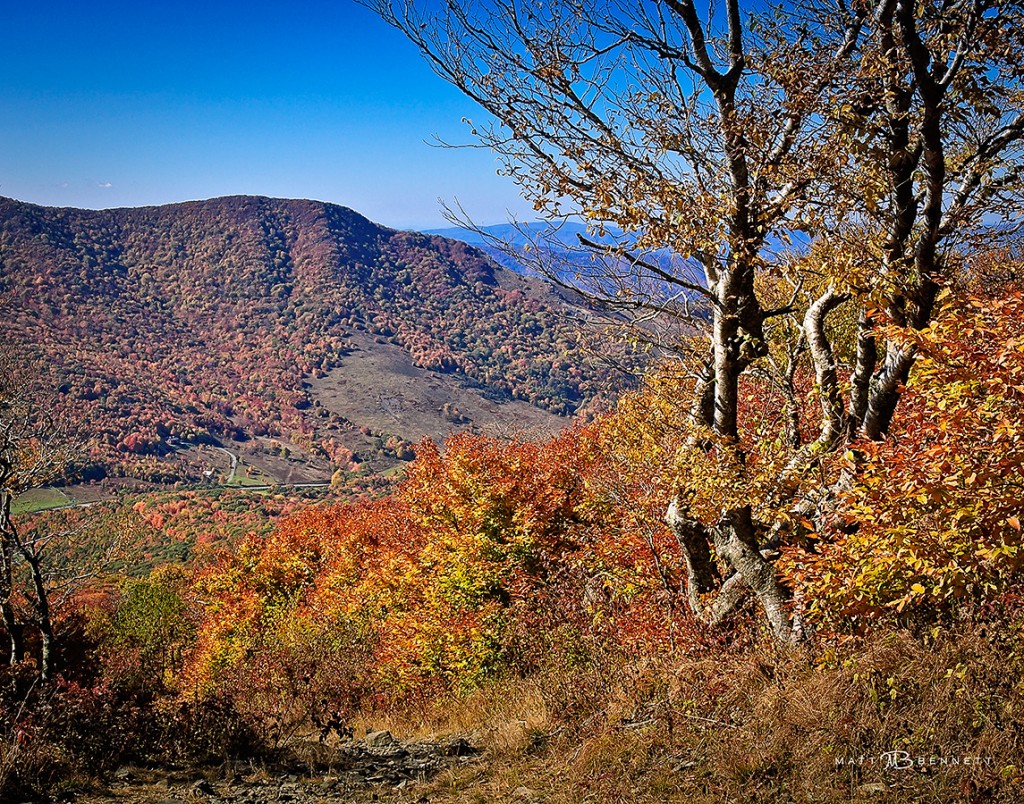 Trail Maintenance
In recent years, volunteers and park rangers have put in an enormous amount of effort building a trail to the summit. Since I was there last, the trail has been re-routed to consist of a series of switchbacks. If you prefer, you can still take the old jeep road part or all the way to the top, but it’s a tough climb.

My friend Mike says anytime you get a mile or more up, weather can change fast. When I was up there the 2nd weekend in October, the temperature felt like it was in the 40’s and falling quickly as it was approaching sunset. A small weather station has been installed on the summit, perhaps relaying information to the ranger station. With remnants of hurricane Sandy, I imagine the mountain will get at least a foot of snow here in late October! ~MB