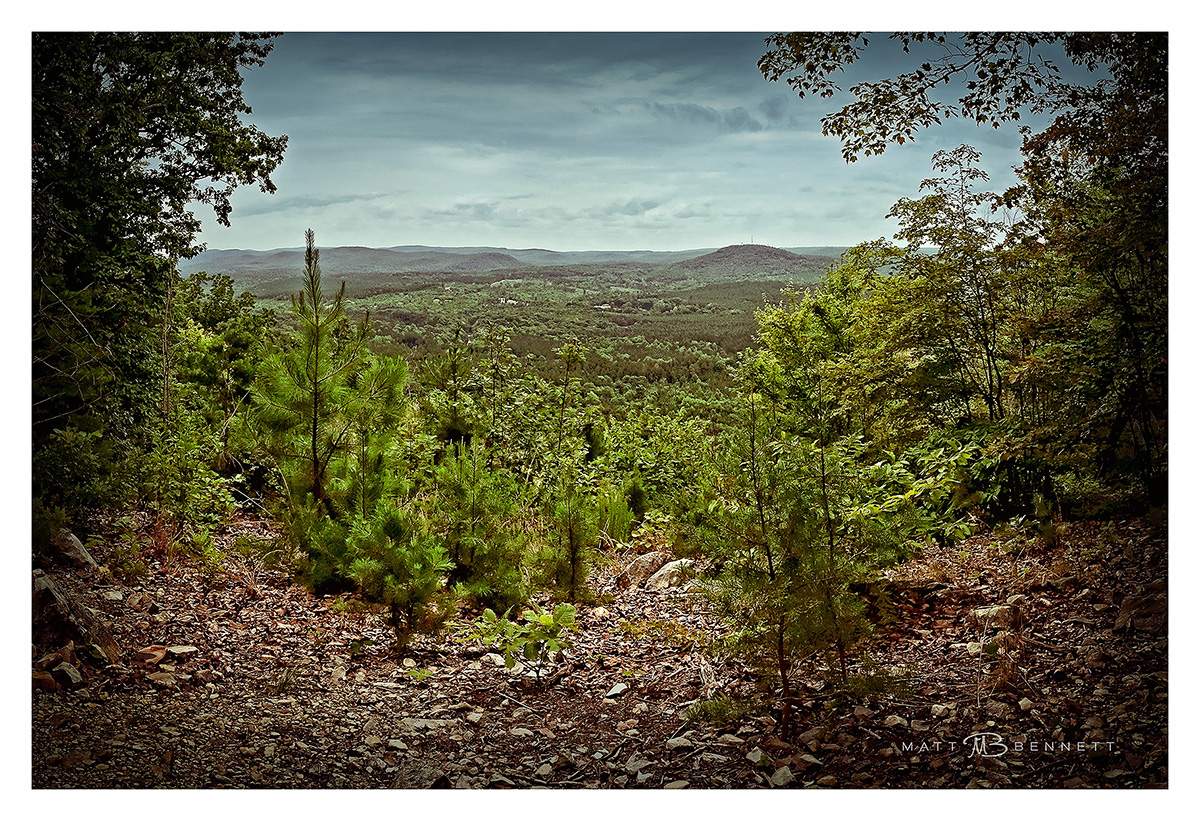 When I first joined the Uwharrie Trail Club back in the late 90’s, I had met Jake Cebula who was one of the district rangers. He had told me about this spot, but unfortunately I never got the chance to see it for myself until last summer. To ensure the accuracy of my information, I contacted the head ranger at the US Forest Service office in Troy this past week. She told me that this site was used for hang gliding for a brief period in the mid to late 1980’s. An area on the side of Shingle Trap Mountain was cleared, and apparently a platform of some type was assembled. Despite all the efforts it never really proved to be a great site for hang gliding due to location and lack of elevation at 846 ft. The platform has long since been taken down, but the cleared area is still visible. This is one of the best long distance views that I’ve found so far in the Uwharrie Mountains. The prominent mountain to the right with the towers is Buck Mountain.

It’s 1.4 miles up a very rocky and steep trail to the top. This is an equestrian trail, and in places there are some deep ruts especially at the beginning. This is part of the Badin Lake trail system, and there appear to be several ways to get to it. I followed Cotton Place Rd. (FS Rd. 555) to the dead end, and parked my jeep there. If you’re facing the FS gate, the trail head is to the right. ~MB