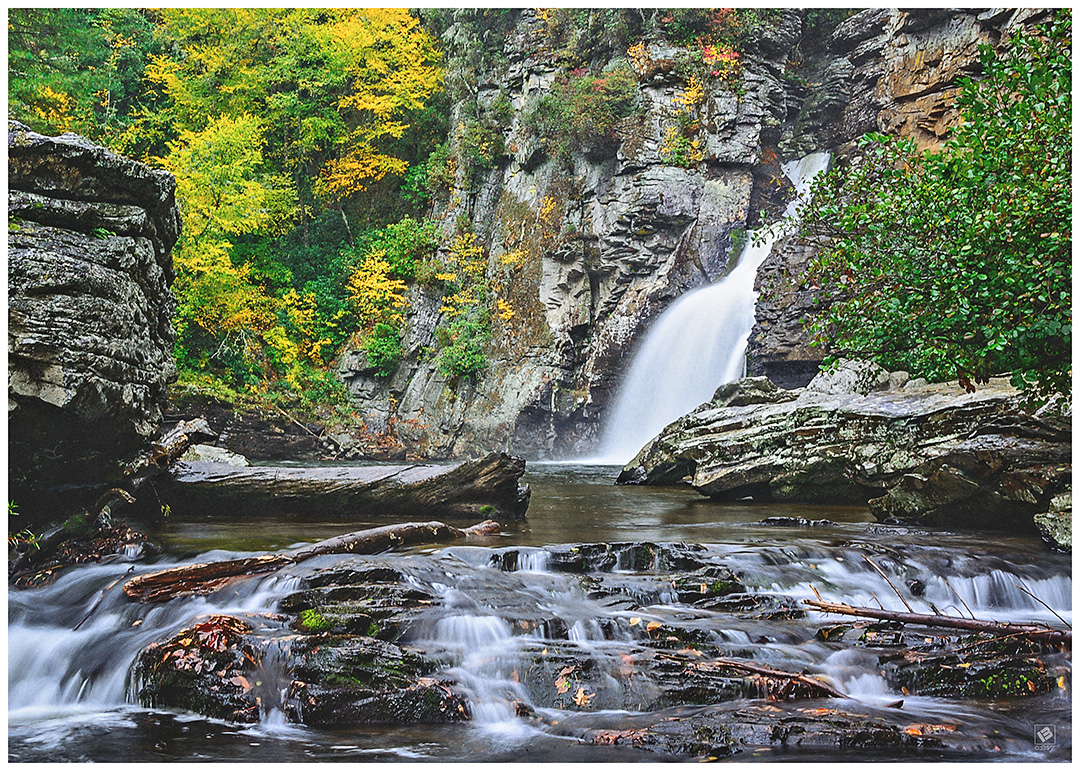 The fall foliage here in North Carolina this year has been running about a week late. At the time these photos were taken during the first weekend of October 2017, color was just beginning to show in the gorge.

The afternoon I hiked in was the same day that tropical depression Nate came through. Despite having rain gear and a pack cover, me and my gear were completely drenched. About the only thing I managed to keep dry was my camera – thankfully! Once I got down to the base of the falls, the wind and rain really began to pick up. I managed to get just a few frames, then had to turn back. 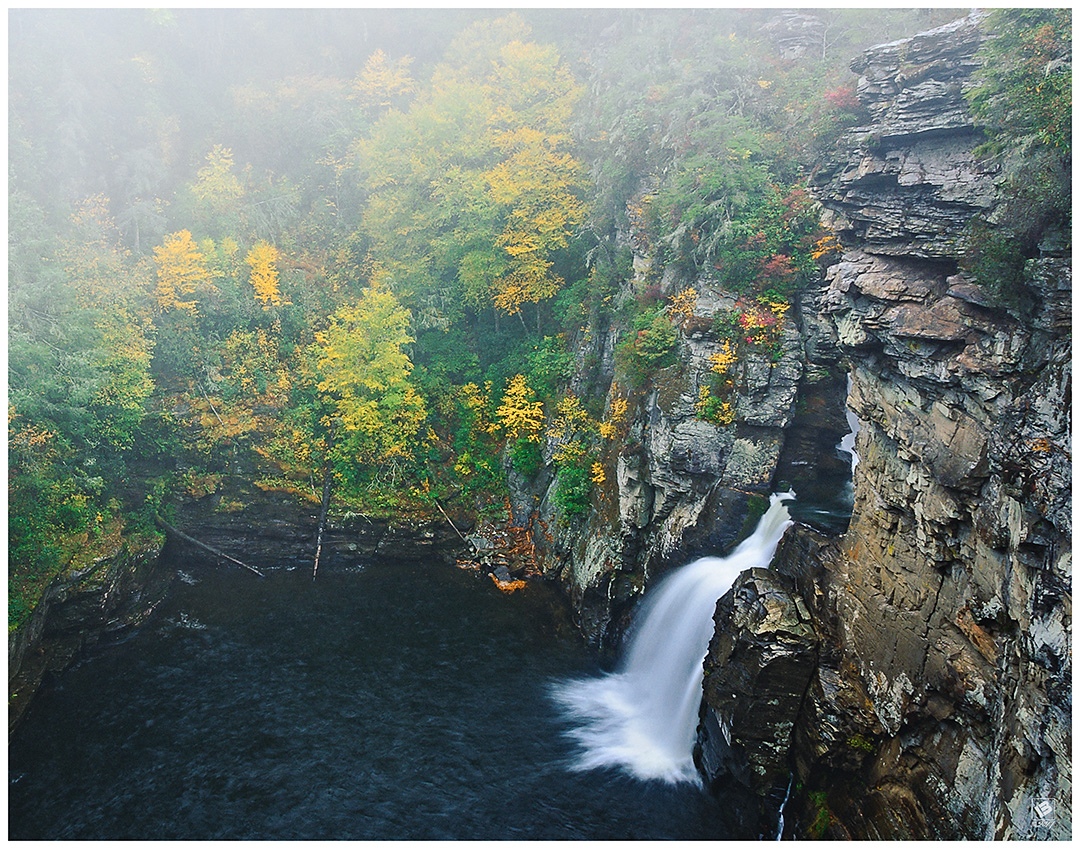 There are not too many options for a unique perspective from this vantage point, but I felt the fog helped to add an extra visual element to the shot.

If you hike down the Plunge Basin Trail on a windy day, be mindful of the dead hemlock trees. A high wind gust from the tropical storm blew one of them down across the trail shortly after I passed through that area heading down to the falls. It was kind of a weird feeling. I couldn’t help but think of the old saying, never set up camp under or near a dead tree. They don’t call them “widow makers” for nothing!

Linville Falls is located at Mile Marker 316 on the Blue Ridge Parkway. Go to this link for trail map and information.  ~MB