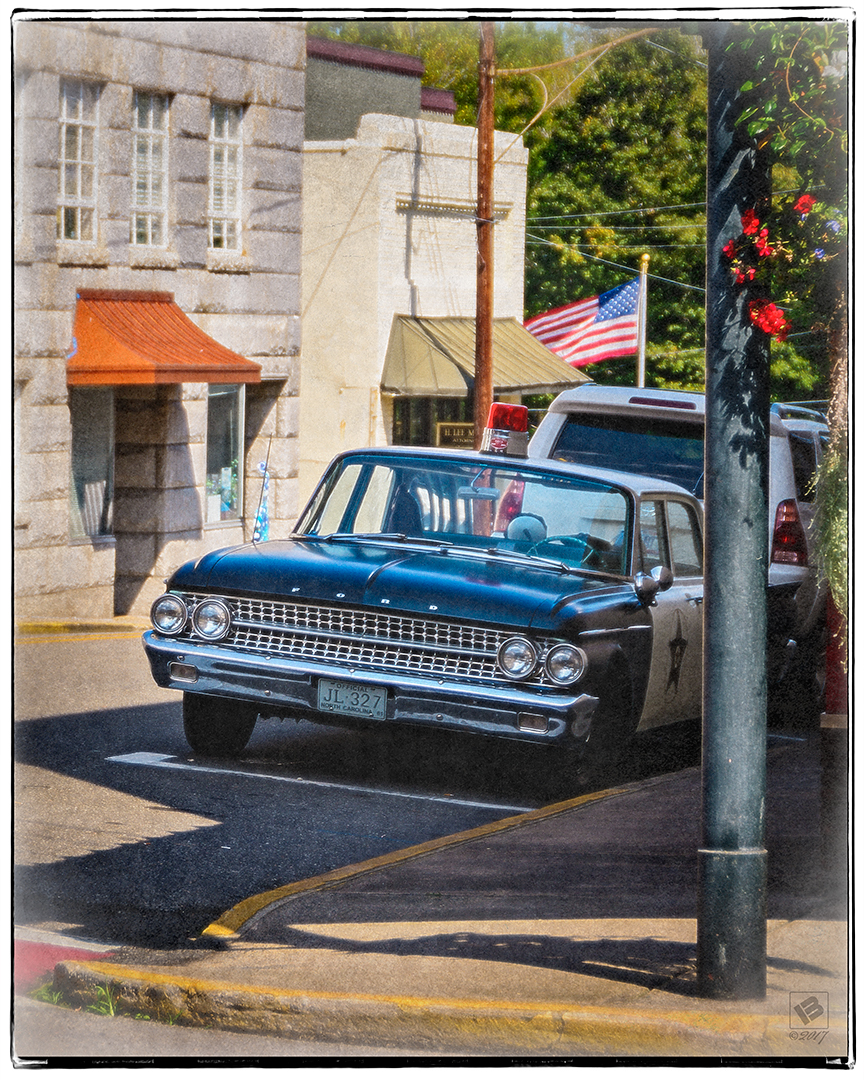 There are many squad cars driving around town during the annual Mayberry Days Festival. However, I happened to spot this one which was simply parked on a side street just off Main in downtown Mount Airy, NC. I love the fact that the American Flag is flying in the background, giving the scene the look and feel of small town USA.

While attending Mayberry Days this year, I enjoyed Karen Knotts presenting her show “Tied Up In Knotts”. She of course is the daughter of the Don Knotts. This was the first time I’ve had the chance to see her in person. It was a great show, which was a mix of her comedy acts along with stories of growing up with her father.  ~MB