Pisgah Covered Bridge Near and Far

One of the challenges of photographing any popular landmark is coming away with an image that hasn’t already been thought of. On my last trip down to the bridge, I thought I’d try some different angles and perspectives to see what I could come up with. The first image above is not a unique angle, but I love all the geometric shapes and leading lines. I think I counted approximately 12 triangles in this one picture. 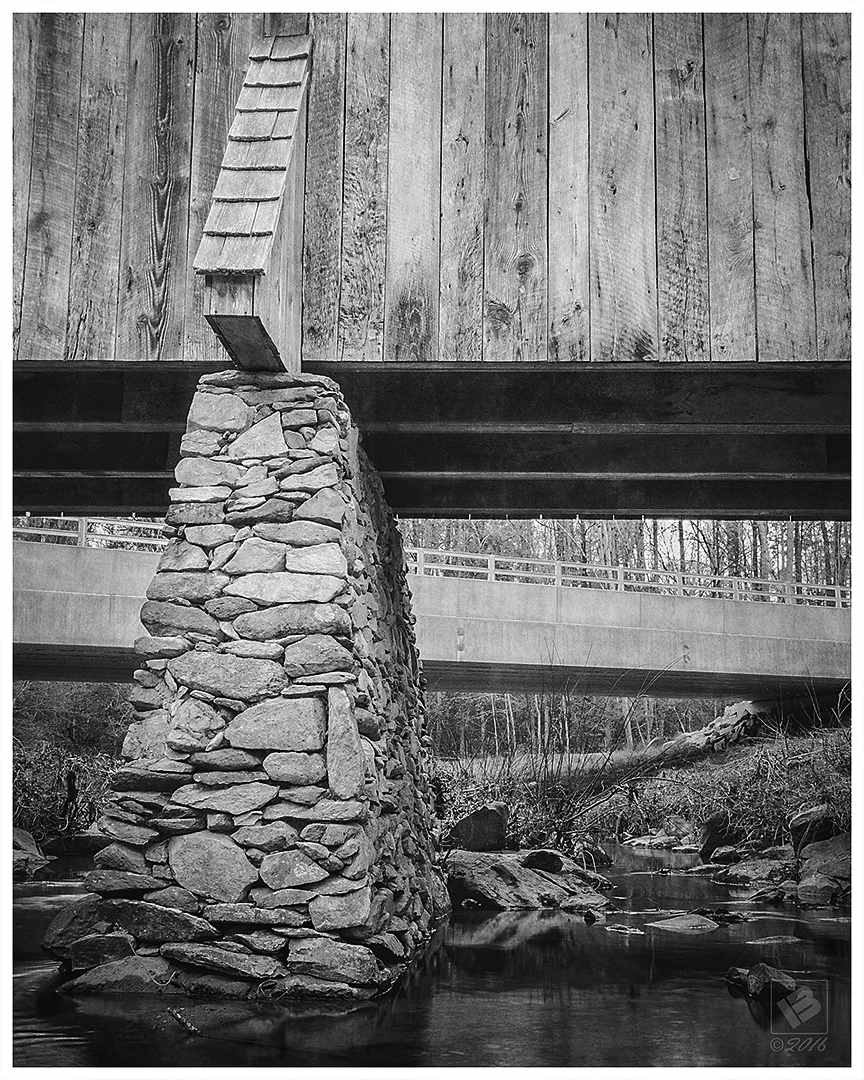 Did a little rock hopping and got a shot from underneath contrasting the old and new bridges. From this perspective, it also gives the illusion that the two bridges are converging on one another! After the 2003 flood, the stone support walls were reconstructed along with the bridge. 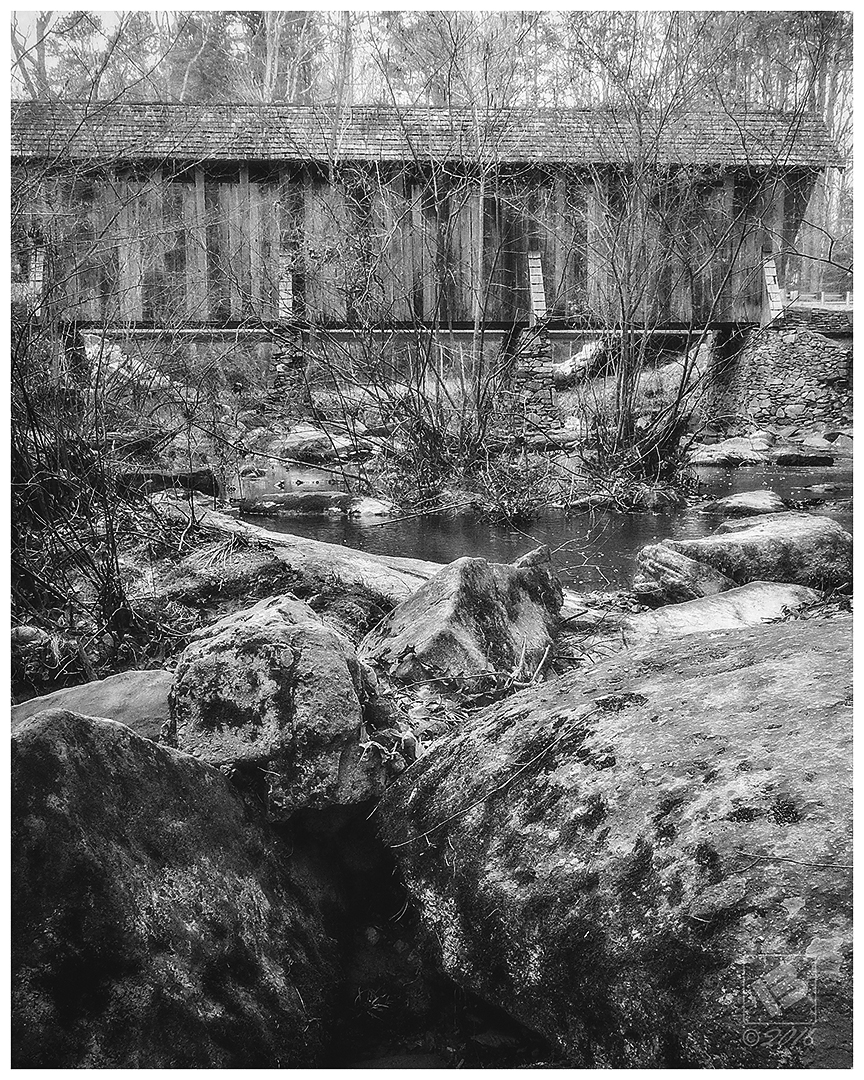 Last shot is from about 100 ft. downstream behind some big rocks. I think one of my favorite photos of the original bridge was on a postcard I had as a kid. I’m not sure if I still have that postcard or not, but I did find the image on Flickr – “Pisgah Covered Bridge Postcard“.

I also wrote a blog post in 2013 titled “Covered Bridges of Randolph County“, where I wrote about the Pisgah Bridge and also the Skeen’s Mill Bridge. ~MB